“We thank Marylanders Special Agent Griner and Special Agent Bailey who, through their actions, saved lives on that fateful day in June 2017. We all are proud to recognize both of these heroes for their sacrifice and dedication to public service. It is an honor to represent them in Congress and to present them with this well-deserved award,” said Senator Cardin, on behalf of the Maryland congressional delegation.

“The Congressional Badge of Bravery is one of the most prestigious awards that a law enforcement officer can receive for exceptional acts of bravery in the line of duty. I can think of no one more deserving than Special Agent Griner and Special Agent Bailey for their incredible acts of heroism on June 14, 2017, during the active shooter incident at the Republican baseball team’s practice. Their actions that day not only represented who they are as officers; they represented the entire United States Capitol Police Department in its commitment to successfully achieve our critical mission each and every day,” said Steven A. Sund, Chief of Police. 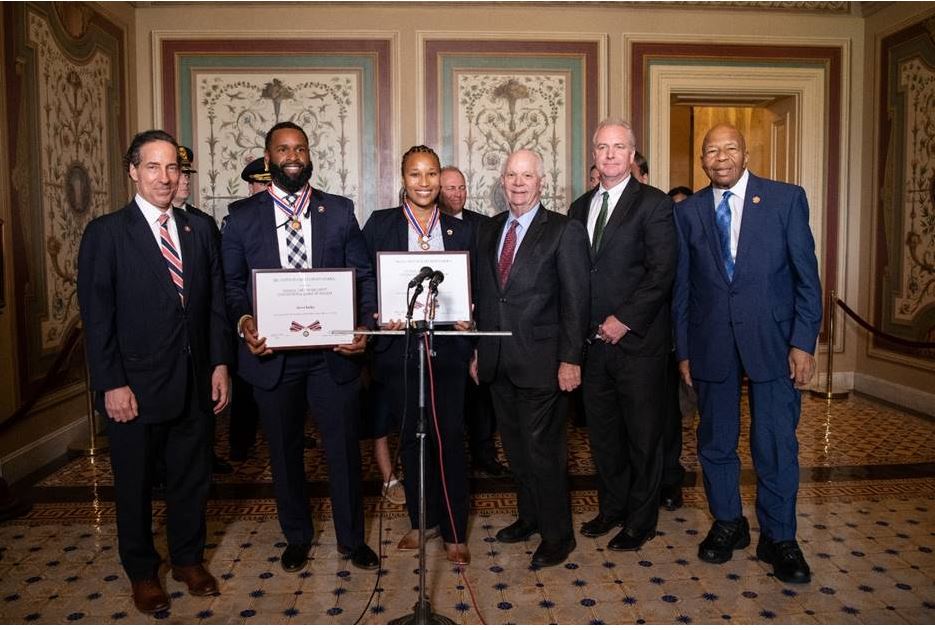 Members of the Maryland congressional delegation awarded the Congressional Badge of Bravery to U.S. Capitol Police Special Agents Crystal Griner and David Bailey for risking their lives to save others when a gunman attacked members of Congress in June 2017. 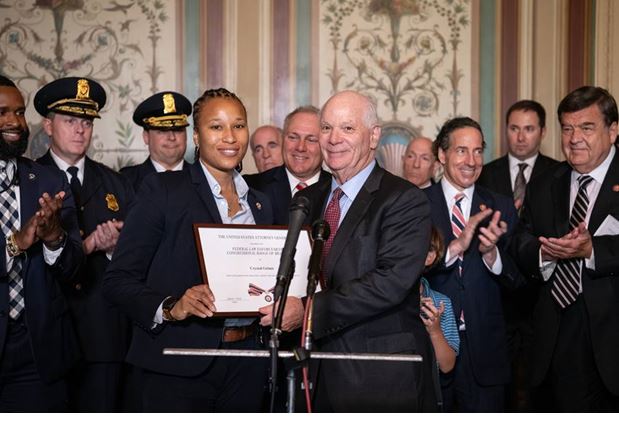 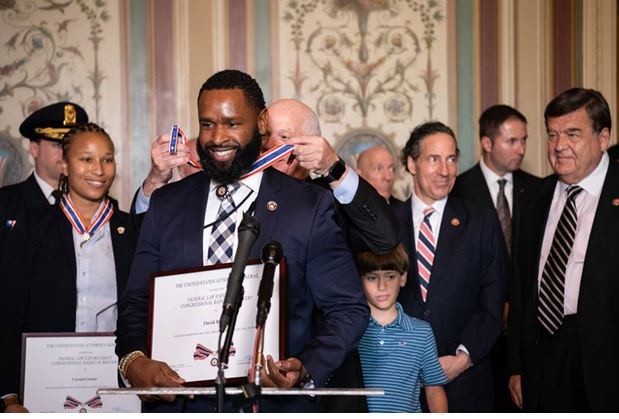